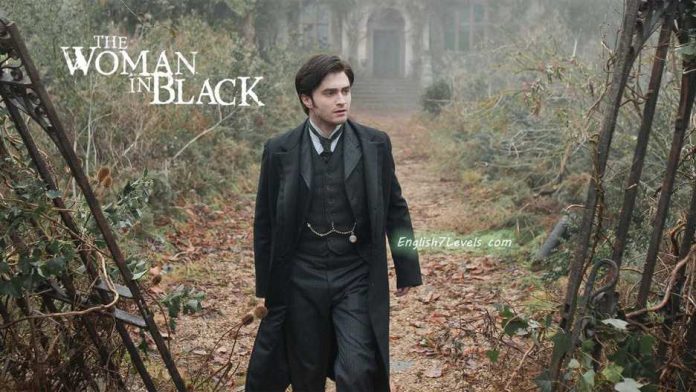 It is a Cristmas Eve now. The members of one family are telling horrible stories about ghosts. One of them Arthur Kipps listen all of them and has remember his own story.

But he couldn’t tell about it for his family. So he decided to write it on the paper. Many years ago he was working at a law company. He was given the task to make order in papers of a dead woman.

That woman was very strange. And place where he had to go was strange too. And people who lived there were very suspicious. Arthur was full of deadly determination to do his work and went to the empty house located among the bogs and nobody lived around of that place.

The dead woman had hold all documents and letters for several decades, Arthur spent a lot of time to make order in it. But all time the woman in black prevented him of doing his work.

(Click the rectangle button at down-right corner to view fullscreen)